The red coral is an octocoral cnidarian. This species can be found in shallow waters (less than 10 m) with high temperature variability, and up to 800 m depth in stenothermal situation (Costantini et al. 2010). This species is mainly present in the western Mediterranean Sea and the neighbouring area of the Atlantic ocean (Zibrowius 1979). The  biology and ecology of shallow populations of the red coral have been well studied (e.g. Garrabou & Harmelin 2002; Torrents et al. 2005). This species diplays a low growth rate and high longevity (Marschal et al. 2004) and does not present asexual reproduction. This is a non symbiotic species (no Symbiodinium). The red coral is exploited for jewelry. 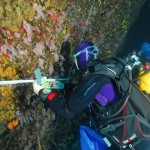 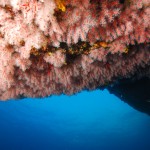 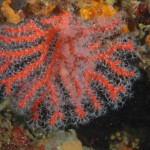 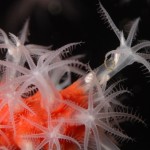 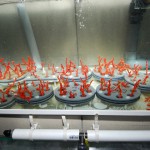 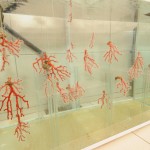 Pocilloporas damicornis is a scleractinious coral (hexacoral) common in the tropical reefs from the Indo-Pacific. This species presents a wide geographical range, including most reefs from the Pacific Ocean, the Indian Ocean and the Red Sea. The P. damicornis colonies can present very different shapes depending on local environments. This species can be found in various habitaits of the reef ecosystems, but  which is most frequent in shallow areas (0-10 m) of fringing reefs, in situations with low hydrodynamism.

The reproductive mode of P. damicornis is very variable, but this is mainly a simultaneous hermaphroditic species with internal fertilization. Asexual reproduction through parthenogenesis may also occur.

Numerous studies have dealt with the ecology, biology and physiology of this species, which is then a model species for coral reefs. 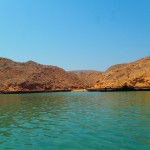 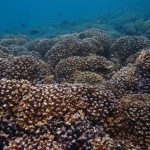 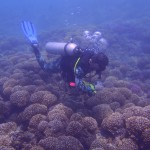 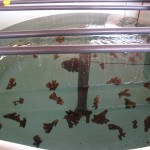 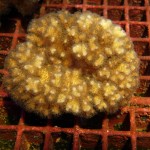 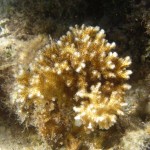 A reef with various Scleractinian species, in Réunion island